Donors have pledged an additional US$15.3 million to support quick action by the World Health Organization to tackle disease outbreaks and humanitarian health crises through its emergency response fund in 2018, the Contingency Fund for Emergencies (CFE).

Canada, Denmark, Estonia, Germany, the Republic of Korea, Kuwait, Luxembourg, Malta, Netherlands, Norway, and the United Kingdom of Great Britain and Northern Ireland announced contributions ranging from US$20,000 to US$5.6 million at a conference hosted at WHO headquarters in Geneva, Switzerland on Monday (March 26) – increasing CFE funding levels to US$23 million.

This will enable the rapid financing of health response operations in the coming months – filling that critical gap between the moment the need for an emergency response is identified and the point at which funds from other sources can be released. WHO will seek to secure further donor commitments to achieve its US$100 million funding target for the 2018/2019 biennium.

First-time pledges were made by Denmark, Kuwait, Luxembourg, Malta and Norway. The UK has increased its overall commitment to the fund from US$10.5 million to US$16 million, making it the second largest donor after Germany.

“For the UK, the CFE is an extraordinarily good investment. We are convinced it has a vital and unique role to play in the global effort to prevent and mitigate health emergencies. Today we pledge an additional £4 million (US$5.6 million) for the Contingency Fund and pledge to work with WHO to better profile to a wider audience the huge value it brings. The G7 and the G20 share the UK’s desire for an adequately funded CFE. We urge our fellow Member States and donors to heed WHO’s call and to step forward to provide financial support for the Contingency Fund for Emergencies,” said Alistair Burt, UK Minister of State for International Development.

The CFE’s ability to release funds within 24 hours sets it apart from complementary financing mechanisms that have different funding criteria and slower disbursement cycles. While other funding mechanisms allow for the scale up of response operations, none are designed to deliver an immediate and early response. The CFE has demonstrated that a small investment can save lives and dramatically reduce the direct costs of controlling outbreaks and responding to emergencies.

“Without the CFE, recent outbreaks of Ebola in DRC, Marburg virus Disease in Uganda and pneumonic plague in Madagascar could have gotten out of control. By acting decisively and quickly, we can stop disease outbreaks and save thousands of lives for a fraction of the cost of a late response. The CFE has proven its value as a global public good that should be underwritten by long term investment,” said Dr Peter Salama, WHO Deputy Director General for Emergency Preparedness and Response.

Since 2015, the CFE has enabled WHO, national authorities and health partners to get quick starts on more than 50 disease outbreaks, humanitarian crises and natural disasters, allocating more than US$46 million. It has supported the rapid deployment of experts; better disease detection and reporting; the delivery of essential medicines, supplies and personal protective equipment; the strengthening of surveillance and vaccination; improved access to water, sanitation and health services; community engagement; and more.

Madagascar’s health minister Dr Lalatiana Andriamanarivo called for increased support for the CFE, saying it was instrumental to containing an unprecedented outbreak of pneumonic plague that rapidly spread across the island nation in 2017.

“We call on our international partners to support the Contingency Fund for Emergencies to enable WHO to respond to outbreaks everywhere across the world, and to reinforce national capacities to manage health emergencies in the future,” said Dr Andriamanarivo.

In 2017, the CFE provided nearly US$21 million for operations in 23 countries, with most allocations released within 24 hours. Over half (56%) of allocations funded responses in the WHO Africa region, with 28% going to responses in countries in the WHO Eastern Mediterranean Region and 11% to the South East Asia Region.

The Contingency Fund for Emergencies is replenished through donor contributions outside of the WHO Health Emergencies Programme core budget. Contributions are pooled and flexible, rather than earmarked for specific activities.

← Prev: Promote health, keep the world safe, serve the vulnerable Next: Nearly one billion people in Africa to be protected against yellow fever by 2026 → 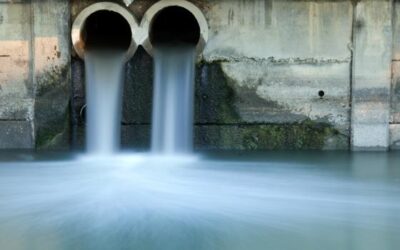 EFSA has set a new safety threshold for the main perfluoroalkyl substances, or PFAS, that accumulate in the body. The... 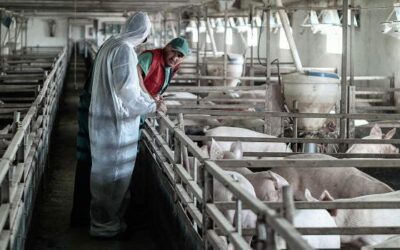 EFSA has begun a major campaign to raise awareness and help halt the spread of African swine fever in south-east...

EFSA has assessed the risks to human and animal health related to the presence of glycoalkaloids in food and feed,...