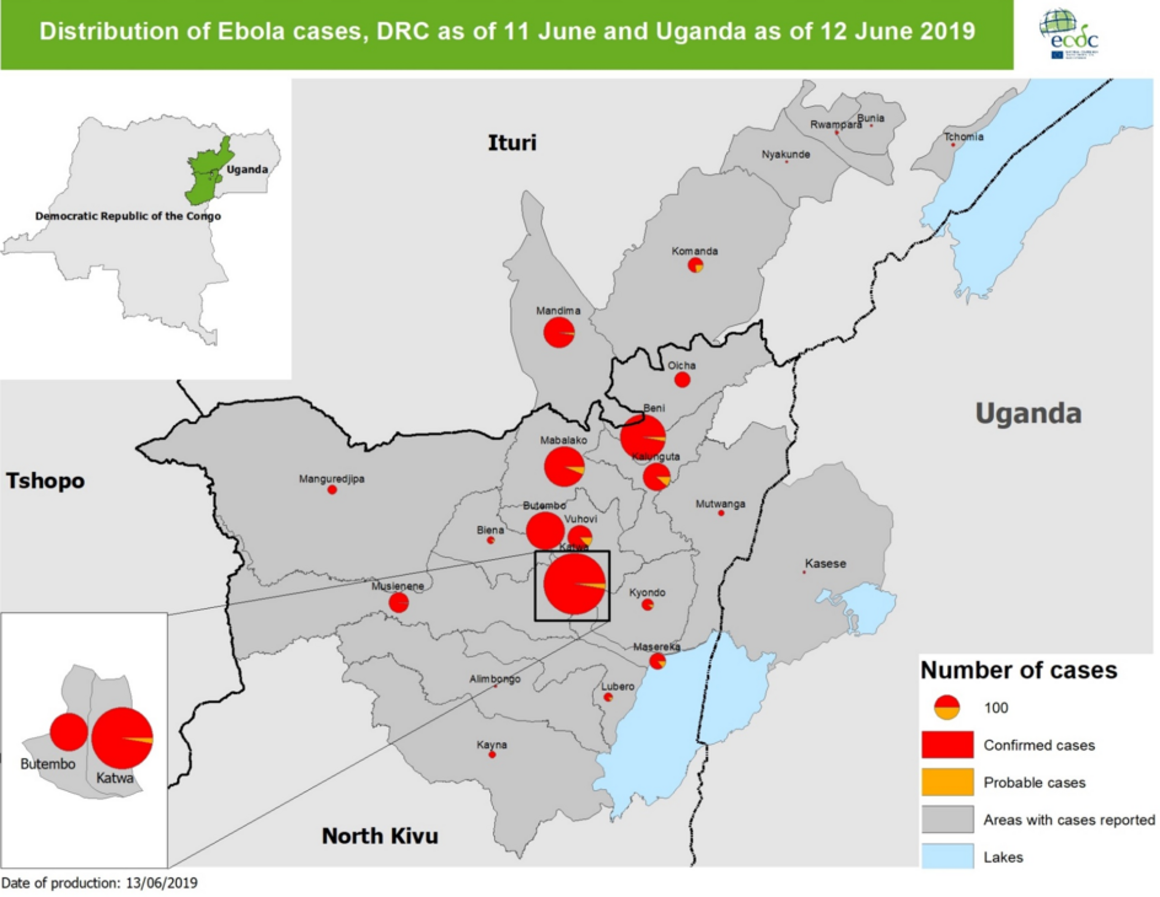 As of 12 June, three imported Ebola virus cases and two deaths in Kasese District in Uganda have been confirmed by the Ugandan Ministry of Health. These are the first cases to be reported outside the Democratic Republic of the Congo since the beginning of the outbreak in August 2018.

All the new cases are family members with a travel history to the Democratic Republic of the Congo, where they were identified as contacts. Of the six family members, a five-year-old boy (the index case), his grandmother and a younger brother tested positive for Ebola virus disease by PCR. The index case and his 50-year-old grandmother have since died. At the moment, 27 close contacts have been line-listed for follow-up.

In light of the spread of the outbreak outside North Kivu and Ituri Provinces in the Democratic Republic of the Congo, the International Health Regulations Emergency Committee will meet in Geneva on 14 June 2019 to determine if the outbreak is a public health emergency of international concern.

The number of infected healthcare workers in the Democratic Republic of the Congo is 115, including 38 deaths.

← Prev: Artificial Intelligence for the sustainability of processes in Smart Farming Next: One dead, dozens hospitalised in Spain listeria outbreak →