The publication this week of dietary reference values (DRVs) for sodium and chloride marks the end of ten years of work by EFSA’s nutrition scientists. It started in 2009 after the European Commission asked EFSA to update values last set in the 1990s for macronutrients such as proteins and carbohydrates, and all vitamins and minerals.

Many EFSA scientists have contributed to this achievement over the years. We asked the chairs and coordinators of two working groups to tell us more: Monika Neuhäuser-Berthold and Céline Dumas (vitamins); and Androniki ‘Ada’ Naska and Agnès de Sesmaisons-Lecarré (minerals).

What is special about the two DRVs on sodium and chloride published this week?

Agnès: In Western diets sodium and chloride are mainly found in salt but are naturally present in most food. The body needs them to function but, when consumed in excess, they can cause elevated blood pressure, a risk factor for cardiovascular disease. EFSA experts concluded that 2g of sodium per day is both safe and adequate for the adult population. European intakes in adults are typically higher so EU decision-makers can use this value where appropriate to set population targets for reducing sodium intake.

Ada: It’s really satisfying to see the final two DRVs published. Sodium and chloride are good examples of the challenges of setting DRVs when there is a complex physiological interplay between several nutrients. Knowing how much of these nutrients is necessary, adequate or tolerable are multifaceted scientific questions. 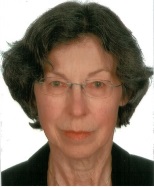 Monika: DRVs are science-based nutrient reference values for the daily intake of healthy populations. It is important to emphasise that DRVs are not nutrient goals or recommendations for individuals. They vary by life-stage and gender. Insufficient or excessive dietary intakes of nutrients are associated with an increasing risk of diseases.

Agnès: Historically, DRVs were developed to address undernutrition, i.e. a lack of calories and micronutrients due to insufficient foods. In recent decades, we’ve seen a rise in diet-related chronic diseases such as obesity, type 2 diabetes, cardiovascular diseases and some cancers, which has moved the focus of nutrition research. So now, when we are setting DRVs, we have to consider new types of data, such as large-scale population studies, to see how nutrient intakes and the risk of diseases come into play.

Who uses the DRVs that EFSA has set?

Céline: Many people! Policymakers use DRVs to establish food-based dietary guidelines that help consumers make healthy dietary choices. Risk managers use them to set labelling reference values to inform consumers of the nutrition composition of prepacked foods. Nutrition and health professionals use them in dietary assessment and diet planning. Food manufacturers use them in product formulation, and researchers in nutrition too.

What were the main challenges in carrying out this work?

Ada: Weighing up the scientific literature was by far the greatest challenge. For example, on sodium we reviewed the literature systematically, critically appraised eligible studies and then carried out a “meta-analysis” [a statistical method for combining data from multiple sources]. Modelling helped us to identify dose-responses which we needed to set reference values. We further quantified the uncertainties in our conclusions to enhance transparency. It was an exhaustive process.

How will you build on this experience, as nutrition scientists?

Monika: Evaluating the scientific evidence in an interdisciplinary setting was inspiring and has given us a profound insight into the currently available knowledge for DRVs. We identified several data gaps and uncertainties too, which will stimulate further research activities at universities or inform discussions at national authorities or scientific conferences.

Celine: We published a compilation of all EFSA’s DRVs opinions in the EFSA Journal and also launched a user-friendly interactive tool – the DRV Finder – last year. We’ve just updated it with the values for sodium and chloride too. Users can search by nutrient or by target population. Professionals can easily check useful definitions, access the corresponding scientific opinions of EFSA or its predecessor [the Scientific Committee on Food], or export their selection for further use. It is available in several EU languages with more to come.